If a member of the patent department leaves the company, it is useful to let his successor receive comments from the circular. This article describes how to display such information not only in Status information for other users but also directly in the feedback section for the new user. User pa_2015 is the new user and pa_2013 is the person whose feedback should be displayed for pa_2015.

Save the relevant documents as monitoring 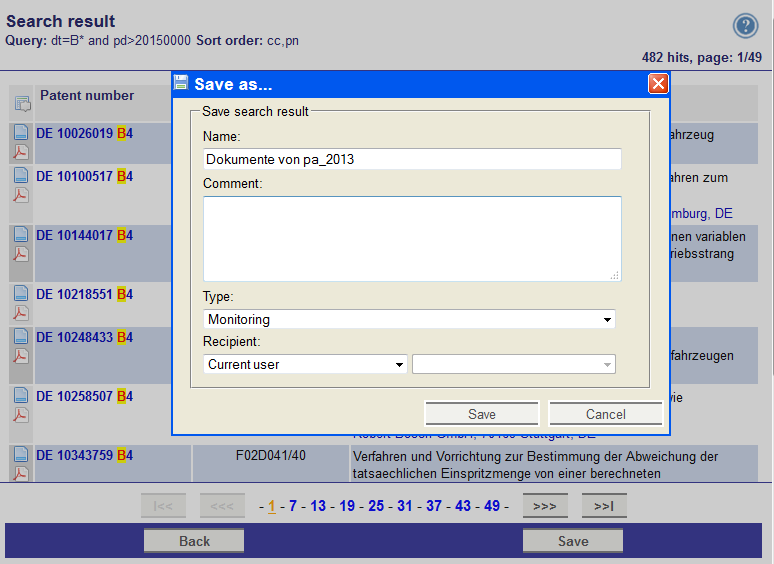 In the feedback display only documents are listed that have been delegated by the current user of the patent department. Therefor all documents of the search result must be delegated by user pa_2015. Use a dummy user (doc_2015) to delegate all documents.

To show the documents in the feedback menu, the list should be "marked as completed". Then the list will bei moved to "Distributed documents".

To show comments and feedback from users who received the documents from user pa_2013,  select the option "Show only relevant documents (complete)".